"Clinical trials can be promoted and funded by a variety of sponsors, including pharmaceutical companies, government, research charities, foundations, medical organizations, and voluntary groups, such as patients' associations." -- From Wiki

For years, "The Mysteries" have stayed with The Freemasons, as with the rest of their cult secrets.

Though, it is quite true very few Freemasons are skilled in the occult, in spite of their so-called "mysteries."

I have uncovered my own group home is actually a front for "Personal Freemason Drug Research" and I will explain to you why I think why.

First of all, there are already three top-listed "Masonic" churches in Belfast, ME, where I now live.

I noticed about five more underneath that, and kind of thought, "this must be a Freemason town."

I met the Skulls & Crossbones immature, college demeanor in another hospital, so I was already sort of on to this strange conspiracy early on -- the Freemason infilitration of Healthcare.

You see, from just memory alone, I can tell you the form I was given when I signed up for my "selected" group home (hand-picked for me), that (and the form is full of entrapment clauses), I am a "recipient" -- as though only a "business partner" of this hospital, that the documentation goes on to refer to my treatment not as treatment, but as "research" -- and the word "research" is used many times in the Patient Rights document. As well as the word "experimentation."

My group home is supposedly long-founded, and maybe long-corrupt, that claims to be a "religious institution" -- so they collect money tax-free. (Because they are Freemasons). On a sidenote, it was caught earlier that a 33rd degree Freemason known as Kate runs the head nurse branch at the nearby hospital in Bangor, and I see a familiar face in the photograph on the Volunteers of America website, the corrupt woman who ran my dispensary -- and another hospital at the same time -- who also experimented a lot on people, using weird remedies, and strange mixtures that were probably illegal drugs, and things like ecstasy.

The healthcare industry isn't perfect, and some of us get treated better than others.

It will not surprise you to learn that on this website: 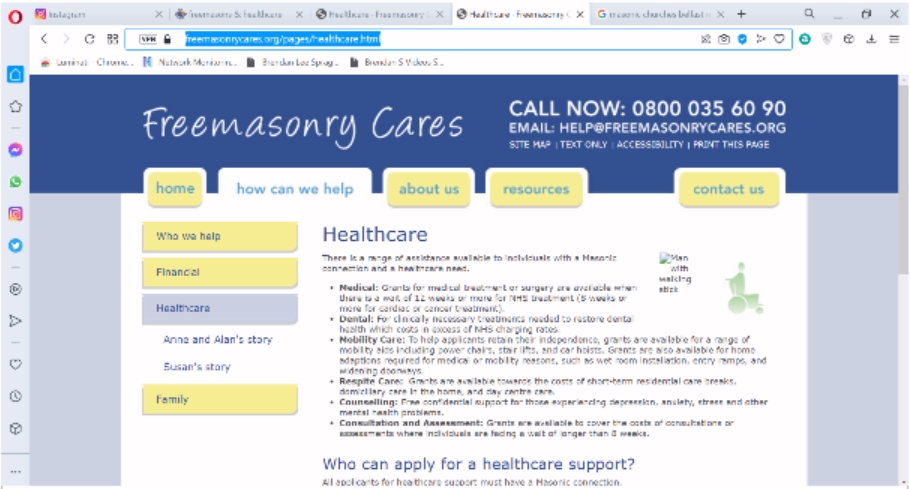 "ONLY" Freemasons are allowed this special healthcare.

I theorize they are not gaining as much money from their so-called "recipients" than the money they make from chemical and drug research on people recently released from the hospital, who are all victims of a corrupt agency -- to me. I also think it appears obvious the money they make, as well as the information they learn, from their drug research, goes straight to the Freemasons, and not just the supposed drug research agencies they help out. I see a lot of negative behavior in this building, that is cowardly, and nothing close to religious, and I am a religious man.... I think from the Volunteers of America, what I see is a self-centeredly held cash and information supply meant only for the Freemasons to learn from specifically, because they are a very selfish, self-centered, and reclusive group of people who keep everything to themselves.